In the US the rules, checks and balances in the system will catch up with everyone. But what about in India? In the US, an Indian psychiatrist was recently caught…but had this happened in India, perhaps nobody would have got to know!

Here is an excerpt from something that came on Somatosphere

When clinical trials do include children, properly meeting enrollment criteria—including age, diagnosis, and previous medical history— and parental informed consent are key. Renowned child psychiatrist Dr. Negamani “Mani” Pavuluri, a Distinguished Fellow of the American Academy of Child and Adolescent Psychiatry, was sanctioned and the University of Illinois Chicago (UIC) penalized for lax oversight in a research misconduct case. UIC previously considered Dr. Pavuluri a major asset; as founding director of the Pediatric Mood Disorders Program, her clinic for children drew patients, clinicians, and trainees. Dr. Pavuluri received grant funding from the National Institute of Mental Health for a project that ran from 2009-2013 (when it was shut down by UIC) on clinical care routines— including treatment with lithium—for adolescents diagnosed with bipolar disorder. Dr. Pavuluri violated study approvals specifying only children over 13 could be enrolled, and failed to discuss study risks or obtain assent from parents. She blurred the lines between her research project and her clinical practice; she was further charged with falsifying data to cover up experimentation with medications on children much younger than 13, some as young as 9, without parental consent.

In December 2017, UIC was tasked with paying back the $3.1 million dollars the institution had received from the National Institute of Mental Health to fund Dr. Pavuluri’s study. The NIMH stated the university is responsible for oversight of research, and the UIC Institutional Review Board failed to protect human subjects, in this case vulnerable children. Dr. Pavuluri was found to engage in “serious and continuing noncompliance” with rules to protect human subjects that directly violated the terms of the grant she had been awarded. Due to these issues, her research record and publications based on the study in question have been deemed scientifically meaningless, which follows previous retractions of her work from top journals.

And here is an article about this Indian born psychiatrist-

Raised in India, Pavuluri graduated from medical school in New Zealand and began her training there, she wrote in a 2016 book profiling prominent women in academic psychiatry.

She started in obstetrics and gynecology, but didn’t like it. When supervisors suggested she try psychiatry, she discovered she was fascinated by the “intimacy” of trying to solve people’s problems.

Pavuluri decided to move to the U.S. after reading about researchers in child psychiatry here and ultimately joined the psychiatry department at the University of Illinois College of Medicine in 2000. She founded the Pediatric Mood Disorders Program, which became a nationally renowned clinic specializing in diagnosing and treating children and teenagers with bipolar disorder and other mood-related mental illnesses.

As her career got underway, her motto was “dream it and do it,” she wrote in the book.

This is the full article. 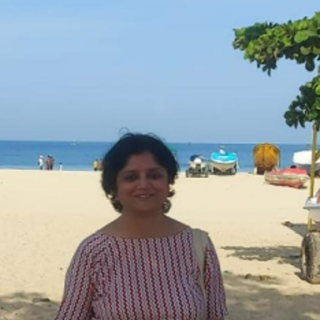